Posted by FlyingHorse at 下午11:30 沒有留言: 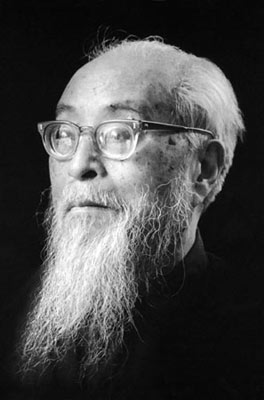 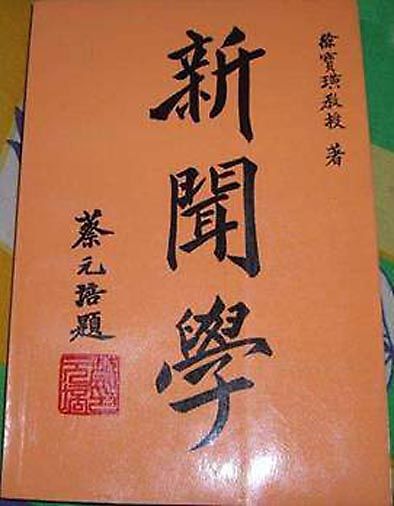 Democracy depends on citizens having reliable, accurate facts put in a meaningful context. Journalism does not pursue truth in an absolute or philosophical sense, but it can--and must--pursue it in a practical sense. This "journalistic truth" is a process that begins with the professional discipline of assembling and verifying facts. Then journalists try to convey a fair and reliable account of their meaning, valid for now, subject to further investigation. Journalists should be as transparent as possible about sources and methods so audiences can make their own assessment of the information. Even in a world of expanding voices, accuracy is the foundation upon which everything else is built--context, interpretation, comment, criticism, analysis and debate. The truth, over time, emerges from this forum. As citizens encounter an ever greater flow of data, they have more need--not less--for identifiable sources dedicated to verifying that information and putting it in context.

While news organizations answer to many constituencies, including advertisers and shareholders, the journalists in those organizations must maintain allegiance to citizens and the larger public interest above any other if they are to provide the news without fear or favor. This commitment to citizens first is the basis of a news organization's credibility, the implied covenant that tells the audience the coverage is not slanted for friends or advertisers. Commitment to citizens also means journalism should present a representative picture of all constituent groups in society. Ignoring certain citizens has the effect of disenfranchising them. The theory underlying the modern news industry has been the belief that credibility builds a broad and loyal audience, and that economic success follows in turn. In that regard, the business people in a news organization also must nurture--not exploit--their allegiance to the audience ahead of other considerations.

Journalists rely on a professional discipline for verifying information. When the concept of objectivity originally evolved, it did not imply that journalists are free of bias. It called, rather, for a consistent method of testing information--a transparent approach to evidence--precisely so that personal and cultural biases would not undermine the accuracy of their work. The method is objective, not the journalist. Seeking out multiple witnesses, disclosing as much as possible about sources, or asking various sides for comment, all signal such standards. This discipline of verification is what separates journalism from other modes of communication, such as propaganda, fiction or entertainment. But the need for professional method is not always fully recognized or refined. While journalism has developed various techniques for determining facts, for instance, it has done less to develop a system for testing the reliability of journalistic interpretation.

Independence is an underlying requirement of journalism, a cornerstone of its reliability. Independence of spirit and mind, rather than neutrality, is the principle journalists must keep in focus. While editorialists and commentators are not neutral, the source of their credibility is still their accuracy, intellectual fairness and ability to inform--not their devotion to a certain group or outcome. In our independence, however, we must avoid any tendency to stray into arrogance, elitism, isolation or nihilism.

Journalism has an unusual capacity to serve as watchdog over those whose power and position most affect citizens. The Founders recognized this to be a rampart against despotism when they ensured an independent press; courts have affirmed it; citizens rely on it. As journalists, we have an obligation to protect this watchdog freedom by not demeaning it in frivolous use or exploiting it for commercial gain.

The news media are the common carriers of public discussion, and this responsibility forms a basis for our special privileges. This discussion serves society best when it is informed by facts rather than prejudice and supposition. It also should strive to fairly represent the varied viewpoints and interests in society, and to place them in context rather than highlight only the conflicting fringes of debate. Accuracy and truthfulness require that as framers of the public discussion we not neglect the points of common ground where problem solving occurs.

Keeping news in proportion and not leaving important things out are also cornerstones of truthfulness. Journalism is a form of cartography: it creates a map for citizens to navigate society. Inflating events for sensation, neglecting others, stereotyping or being disproportionately negative all make a less reliable map. The map also should include news of all our communities, not just those with attractive demographics. This is best achieved by newsrooms with a diversity of backgrounds and perspectives. The map is only an analogy; proportion and comprehensiveness are subjective, yet their elusiveness does not lessen their significance.

Every journalist must have a personal sense of ethics and responsibility--a moral compass. Each of us must be willing, if fairness and accuracy require, to voice differences with our colleagues, whether in the newsroom or the executive suite. News organizations do well to nurture this independence by encouraging individuals to speak their minds. This stimulates the intellectual diversity necessary to understand and accurately cover an increasingly diverse society. It is this diversity of minds and voices, not just numbers, that matters.